In Acts 17, the Apostle Paul stood at the Areopagus (also known as Mars Hill), a place where many idols had been erected to many false gods. Among those idols was an altar “To the unknown god.” The Greeks wanted to make sure they had their bases covered, lest their be a god they forgot who would be mad at them.

It was there Paul preached, “Men of Athens, I perceive that that you are very religious. For as I passed along the objects of your worship, I found also an altar with this inscription: ‘To the unknown god.’ What you worship as unknown, this I proclaim to you [as known].

“The God who made the world and everything in it, being Lord of heaven and earth, does not live in temples made by man, nor is He served by human hands, as though He needed anything, since He Himself gives to all mankind life and breath and everything. And He made from one man every nation of mankind to live on the face of the earth, having determined allotted periods and the boundaries of their dwelling place, that they should seek God, and perhaps feel their way toward Him and find Him. Yet He is not far from each one of us.

“For, ‘In Him we live and move and have our being;’ as even some of your own poets have said, ‘For we are indeed His offspring.’ Being then God’s offspring we ought not to think that the divine being is like gold or silver or stone, an image formed by the art and imagination of man. The times of ignorance God overlooked, but now He commands all people everywhere to repent, because He has fixed a day on which He will judge the world in righteousness by a man whom He has appointed, and has given assurance to all by raising Him from the dead.”

We print “In God we trust” on our money, say “One nation under God” in the pledge of allegiance, and sing “God bless America” at our sporting events. But do not assume civic religion is in praise to the Triune God of the Bible. These are America’s altars to an unknown god. The judgment of God is coming upon every nation. We must preach the gospel of Jesus Christ, the only word that will save their souls, when we understand the text. 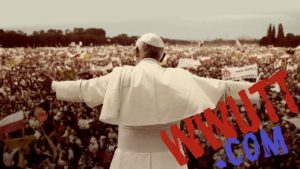 What is Papal Infallibility? (Ex Cathedra) 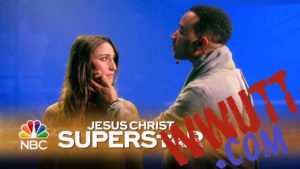 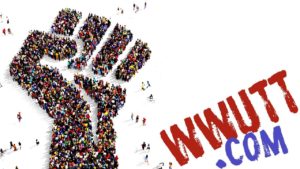 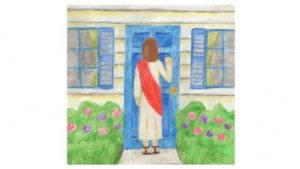 I Stand at the Door and Knock?