In Mark 7:18-19 Jesus said, “Are you also without understanding? Do you not see that whatever goes into a person from outside cannot defile him, since it enters not his heart but his stomach, and is expelled?” (Thus He declared all foods clean.)

Now, what’s with the parentheses? Cynics will say that modern translators have added this portion. The NIV, ESV, NASB, they all say, “Thus He declared all foods clean.” But that’s not in the King James. Therefore, it’s a translation addition. It isn’t in the original text!

Actually, yes it is. All of the earliest Greek manuscripts say this.

Jesus’ quote ends at ἐκπορεύεται (“goes out” or “expelled” in English), and then Mark, under the guidance of the Holy Spirit, says that Jesus declared all foods clean. Origen in the third century and Chrysostom in the fourth century understood this passage the same way. It isn’t a recent translator’s invention.

“The completion of the ellipsis by making καθαρίζων πάντα τὰ βρώματα grammatically dependent upon καὶ λέγει αὐτοῖς in verse 18 is almost certainly correct. This interpretation was first proposed by the Greek Fathers (Origen, Chrysostom, Gregory Thaumaturgus) and has won almost universal support.” The Gospel According to Mark by William L. Lane (Pg. 253).

Just look at the context. Jesus said, “Whatever goes into a person from outside cannot defile him.” Even if you ignore the parenthetical reference, the message is still clear: nothing that goes into a person makes them unholy: not steak or fish, not pork or shellfish, even a Twinkie or a Lego!

What makes you unclean is your sinful heart, and only Christ can purify you. Ask forgiveness for your sins, and He will cleanse you from all unrighteousness (1 John 1:9), when we understand the text. 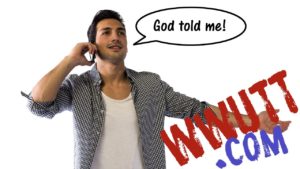 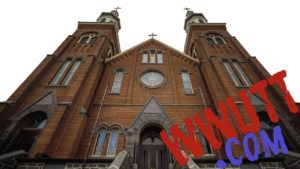 What is the Church?

Cleanliness is Next to Godliness? 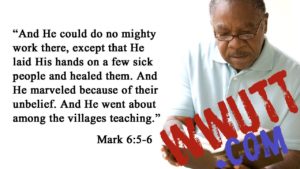 Why Couldn’t Jesus Do Miracles in His Hometown?