Is the Protestant Reformation Over?

In 1999, the Roman Catholic Church and the Lutheran World Federation, in an effort to resolve 500 years of conflict since the protestant reformation, signed the Joint Declaration on the Doctrine of Justification.

The statement claimed that the two bodies “are now able to articulate a common understanding of our justification by God’s grace through faith in Christ.” A Methodist council later adopted the declaration in ’06, and a communion of reformed churches adopted it in 2017.

Many have pointed to this and other ecumenical partnerships and said, “See? The protestant reformation is over!” But is it really? Do those churches now submit to the primacy of the Pope? No, we’re still supposed to be protesting!

“If any one shall say, that by faith alone the impious is justified… let him be anathema.” Council of Trent (Session 6, Chapter 16, Canon 9)

“Should anyone, which God forbid, have the temerity to reject this definition of [the Pope’s infallibility], let him be anathema.” First Vatican Council (Session 4, Chapter 4)

“Basing itself on Scripture and Tradition, the Council teaches that the Church, a pilgrim now on earth, is necessary for salvation.” Catholic Catechism 846

The Catholic church says a person is saved by faith and works. But the Bible says that a person is saved by grace through faith and not of works (Ephesians 2:8-9). Roman Catholicism is a different gospel. The Bible says if anyone teaches a different gospel they are cursed (Galatians 1:8-9). We are not fellow workers on the mission field. They are the mission field!

Now, being protestant doesn’t just mean we protest the Pope. We protest any teaching contrary to the wisdom of God in the Bible. “For the weapons of our warfare are not of the flesh but have divine power to destroy strongholds. We destroy arguments and every lofty opinion raised against the knowledge of God” (2 Corinthians 10:4-5), when we understand the text.

When God Closes a Door, He Opens a Window? 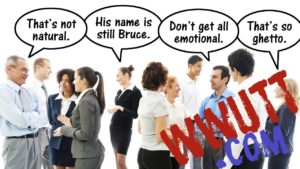 What Does the Bible Say About Microaggression? 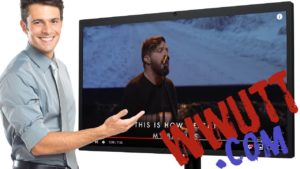 This is How I Fight My Battles? 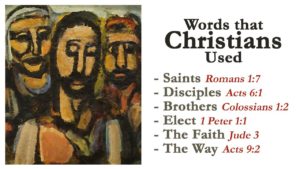 Music and Movies Can’t Be Christian?